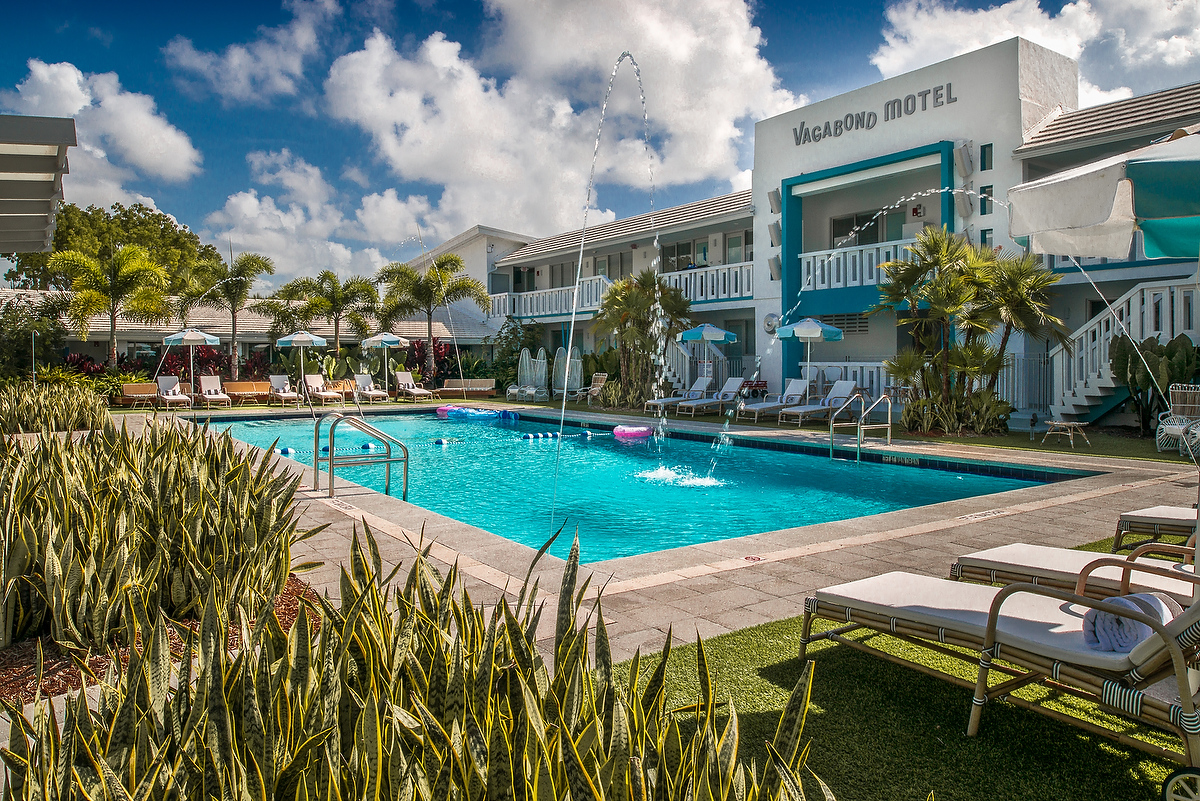 Read the original article on the Miami Herald Website

George Washington didn’t sleep at the Vagabond Motel in Miami or down a Bora Bora at Fort Lauderdale’s tiki-fantasia Mai-Kai Restaurant. But that didn’t keep either of the kitschy-cool 1950s landmarks from making it onto the National Register of Historic Places. Both were nominated for the honor by the state of Florida, which announced Monday that the sites were among seven additions from the state to the federal register. The list, selected by the National Park Service, recognizes the most significant buildings and places across the country. The honor comes as both the Vagabond and the Mai-Kai enjoy a resurgence.

 The Vagabond, which reopened last fall after sitting vacant on Biscayne Boulevard for years, has been recast as a chic, retro-hip boutique hotel, dining spot and hangout. All its original details, including its signature neon sign and frolicking-nymphs-and-dolphins fountain, were fully restored. The motel is also designated historic by the city of Miami and sits within the larger and also resurgent MiMo-Biscayne Historic District.
The Mai-Kai, which is actually just over the Fort Lauderdale city line in Oakland Park, retained its full kitschy charm nearly unaltered despite several expansions and an extensive renovation a decade ago necessitated by damage from Hurricane Wilma. Its Polynesian revue and large drinks, which reputedly use the same recipes devised by tiki-craze originator Don the Beachcomber in the 1930s, are enduring lures for tourists and locals.
The inclusion of the Vagabond and the Mai-Kai on the register reflects their iconic place in popular South Florida culture, and cements growing recognition of the abiding importance of Mid- Century tourist-oriented roadside architecture to the region’s development.
Both were designed by prominent South Florida architects who worked in the style now known as Miami Modern, or MiMo. Though, to be sure, there’s nothing Bauhaus about the Polynesian- inspired, thatch-roofed Mai-Kai, its neon sign is very much in the tradition of the 1950s roadside South Florida attractions that so many people recall fondly.
“The architecture behind them has that sexy curb appeal to catch people as they’re driving by,” said Teri D’Amico, an interior designer and co-coiner of the term MiMo. “It’s American history when it’s down here, because so many people traveled here and remember them. It was the adventure of getting away from home.”
The Mai-Kai, which advertises itself as the longest-running tiki-theme restaurant in America, is also be one of the last surviving originals from the decades when they were all the rage, D’Amico said.
“It is a classic,” she said. “That represents our tiki, and there’s very little left. And that one building can represent that whole era.”
The Vagabond, from 1953, was the work of Robert Swartburg, a versatile architect also responsible for the earlier Art Deco Delano and Clevelander hotels on South Beach.
The Mai-Kai, which opened in 1956, was designed by Fort Lauderdale MiMo master Charles McKirahan, who designed the Bay Harbor Islands apartment house, now under threat of demolition, that served as the main character’s home in the hit cable-TV series Dexter. Serving as a Mai-Kai consultant was legendary Japanese-American woodworker and furniture maker George Nakashima, whose own home and studio in Pennsylvania is also on the National Register and is designated a National Historic Landmark as well.
Other Florida sites added to the National Register include the Rogers Park Golf Course in Hillsbourough County, designed and built during segregation by African American caddie and golfer Willie Black; the one-room rural Strickland School, near the Georgia border in Leon County, from 1888; and St. Petersburg’s Mediterranean-style Sunset Hotel of 1915.